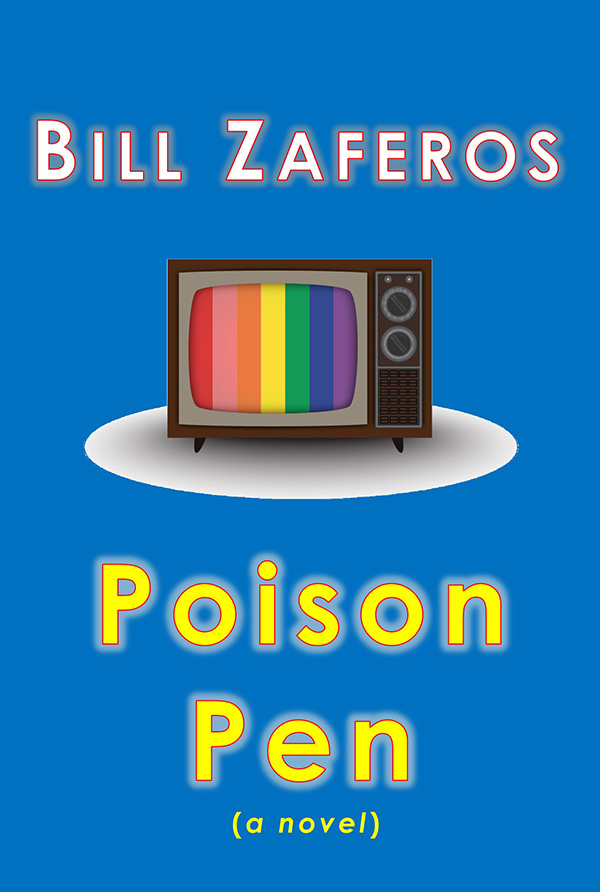 Author Bill Zaferos is an award-winning journalist and first-time novelist who managed to channel mental illness into creativity by writing Poison Pen during a manic high.

About the book: Poison Pen is the absurdist tale of redemption about a depressed game show host known for his cruel on-air insults and crude behavior. The story, as told by a misanthropic poison-pen-letter writer, offers an off-beat look at American culture while exploring themes of life, death, and the deeper meaning of 1960’s television shows like The Beverly Hillbillies.

Jerry Most is the acidic MC of Die Trying, a game show in which players perform death-defying acts for fabulous cash and prizes. But Jerry has had enough of the show and his lavish lifestyle. As he seeks inner meaning during a cross-country sojourn that lands him in Hammertown, a miserable northern Wisconsin burg, Jerry encounters a cast of characters that includes the dour protagonist, a beer-drinking, cheese stick-eating television rerun junkie, as well as Billie the Kangaroo, a troop of intoxicated baboons, and Pinky Lee, the muse and the bane of every man she encounters.