I like a story that takes me far and away from Earth’s atmosphere. It can be fun to fantasize about the future and imagine what life lived in space will look like. Science fiction has grown in popularity over the years and shows such as Star Trek, Battlestar Galactica, and more recently The Expanse have brought this genre to larger audiences. There are a lot of exciting and adventure filled space operas that have been published in the last few years. Here are a few of my favorite sci-fi series novels. 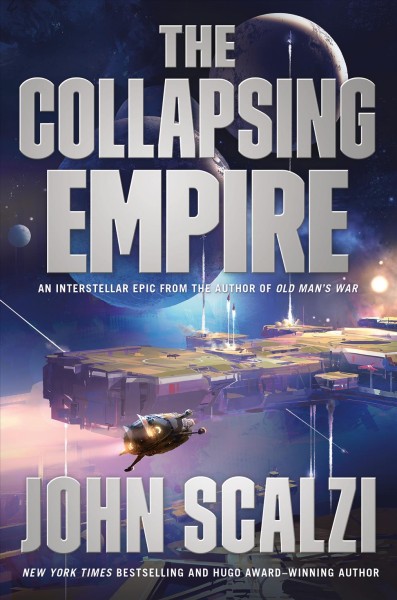 The Collapsing Empire by John Scalzi
Human colonies have spread across different parts of the universe using The Flow, a shortcut that makes travel from planet to planet faster than the speed of light. Colonies all depend on one another for resources so that no planet can survive on its own.  When a scientist discovers that The Flow may be collapsing, those in power must figure out a way to keep humanity alive. While this may seem like a complex story, in Scalzi’s hands its funny and easily digestable. The first two books in the series are out now. Scalzi also has another completed series called Old Man’s War which I also highly recommend. 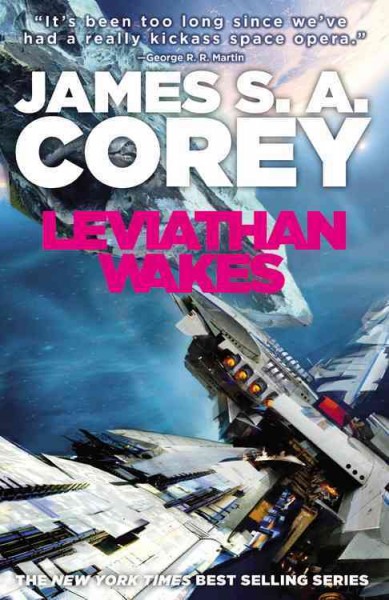 Leviathan Wakes by James S.A. Corey
The people of Earth have expanded into the closest neighboring celestial bodies including the Moon, Mars, and the (Asteroid) Belt. Tensions are high when Jim Holden finds an abandoned ship where something nefarious clearly took place. When Holden’s ship is attacked by a Mars vessel, all hell is about to break loose in an impending war between the planets. At the same time we follow Detective Miller as he tries to find a missing woman. The narrative switches between Miller and Holden in this first book of a series. The series is the basis for the show The Expanse, which was just saved from cancellation by Amazon partly because Jeff Bezos was a fan.

Red Rising by Pierce Brown
Society is built on a class system, where your class color determines your place in society. The Reds, manual laborers on Mars, spend their lives slaving to make the planet survivable for humans. Darrow is a Red, and he loses nearly everything and enters the Institute, a training school for those in the upper Gold caste. This novel has similar themes to The Hunger Games series, and was so thrilling I had a hard time putting it down. The series is completed but has a spin off series that had the first book published earlier this year.