New Books in my To-Be-Read Pile

The downfalls of being a librarian is you’ll never get rid of that to be read pile but you’ll always have something to read! Here are some new books I’m adding to my TBR, take a minute to read these blurbs and see if any of them interest you. Branch out beyond your normal genre or subject matter to explore something you may have never thought about reading before. 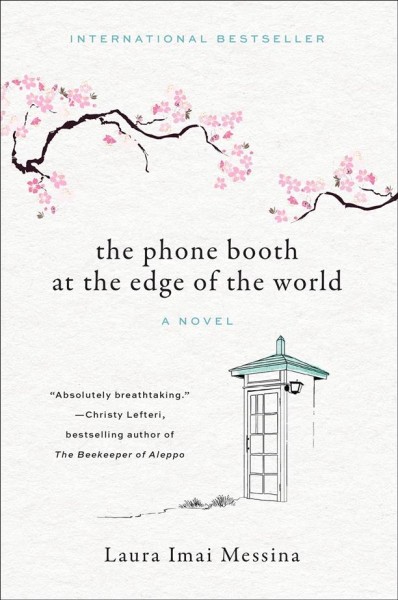 After reading Ghosts of the tsunami: death and life in Japan’s disaster zone by Richard Lloyd Parry, I knew as soon as I read the synopsis of this novel that I had to read it. I’m hoping that like any fantastic book about grief it will make me cry but leave me with a hopeful feeling. When Yui loses both her mother and her daughter in the tsunami, she begins to mark the passage of time from that date onward: Everything is relative to March 11, 2011, the day the tsunami tore Japan apart, and when grief took hold of her life. Yui struggles to continue on, alone with her pain. Then, one day she hears about a man who has an old disused telephone booth in his garden. There, those who have lost loved ones find the strength to speak to them and begin to come to terms with their grief. Soon Yui makes her own pilgrimage to the phone booth, too. But once there she cannot bring herself to speak into the receiver. 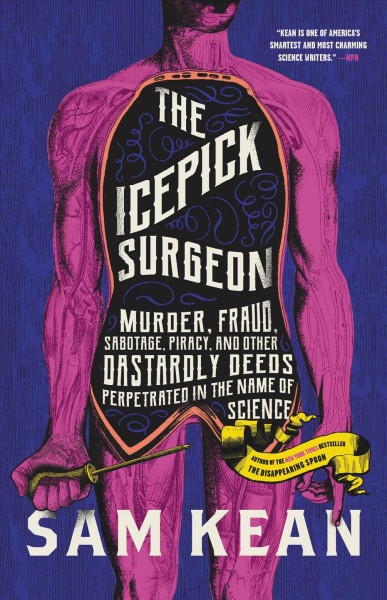 The Icepick Surgeon: Murder, Fraud, Sabotage, Piracy, and Other Dastardly Deeds Perpetrated in the Name of Science by Sam Kean

Next to nuclear history, medical history is probably my second go-to topic when it comes to non-fiction. The ethics of modern medicine have not always been what they are now. Kean holds nothing back in his book, gender, mental health, race, and animal testing are all touched on. Advancements were made at high risk to the humans that were forced into experiments. Science is a force for good in the world; at least usually. But sometimes, when obsession gets the better of scientists, they twist a noble pursuit into something sinister. Under this spell, knowledge isn’t everything, it’s the only thing; no matter the cost. Bestselling author Sam Kean tells the true story of what happens when unfettered ambition pushes otherwise rational men and women to cross the line in the name of science, trampling ethical boundaries and often committing crimes in the process.

One last stop by Casey McQuiston

From the author that brought us Red, white & royal blue, we’re getting another queer romance! While romance isn’t normally my go to I couldn’t pass this up, especially during Pride month. Cynical twenty-three-year old August doesn't believe in much. She doesn't believe in psychics, or easily forged friendships, or finding the kind of love they make movies about. And she certainly doesn't believe her ragtag band of new roommates, her night shifts at a 24-hour pancake diner, or her daily subway commute full of electrical outages are going to change that. But then, there's Jane. Beautiful, impossible Jane. All hard edges with a soft smile and swoopy hair and saving August's day when she needed it most.

Hard topics are right up my alley when it comes for non-fiction, I am looking for a human experience no matter how difficult it may be to read. I want to know about topics that affect me and those I care about. According to the Violence Policy center of America, 92% of female murder victims are killed by a man they know. Rose focuses on a number of questions that come up when researching the topic of violence against women. Questions such as “Why has violence, and especially violence against women, become so much more prominent and visible across the world? What obscene pleasure in violence do so many male leaders of the Western world unleash in their supporters? Is violence always gendered and if so, always in the same way? What is required of the human mind when it grants itself permission to do violence?” Rose looks at Trans folx and sexual harassment against them, as well as sex and race in the court system. This book will hopefully provide some answers to the questions asked and give more insight to the questions that go unasked.