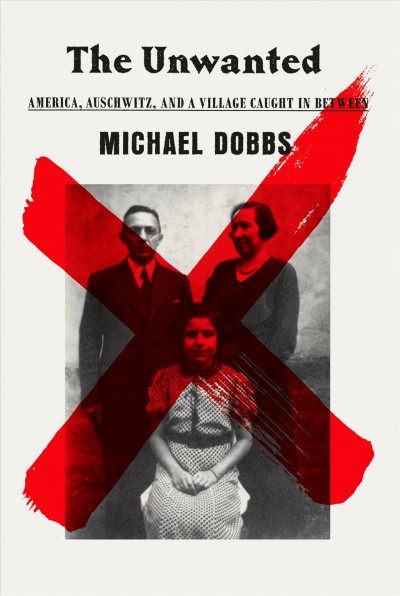 The Unwanted: America, Auschwitz, and a Village Caught in Between by Michael Dobbs

“At the beginning of this book, fourteen year old Hedy Wachenheimer rides her bike to school through the foothills of the Black Forest on November 10, 1938, unaware that her life was about to change forever.” –Sara Bloomfield, Director. United States Holocaust Memorial Museum.

For anyone that enjoys reading about history I highly recommend this book. It gives insight into the struggles facing many Jewish immigrants during World War II. While many books focus heavily on the atrocities that took place in the concentration camps, Dobbs’ book gives us a glimpse at the process that pushed many out of their homes.

Kippenheim Germany 1940
This is a story about the “unwanted” refugees of World War II, a small village known as Kippenheim. It is the home to many Jewish families but in October of 1940 these families lose everything. Firsthand accounts are collected with historical information to piece together how this group of refugees struggled to get away from Nazi rule. Agonizing accounts of how a simple stamp meant life or death to these families. They were stripped of their wealth, stores, and homes, their synagogues vandalized and precious religious artifacts were destroyed or mocked. Parents sent children off on Kindertransports so that they may have a better chance at living in country with less anti-Semitism.

Dobbs focuses on several members of the Wachenheimer and Valfer families who tried to immigrate to the United States to be with their family members that were already there. Not only does Dobbs’ book focus on the families affected but how the immigration laws in the United States changed throughout the period of the war. It also touches on how Franklin and Eleonore Roosevelt handled the refugee crisis that was affecting the world. Not only do we see how the United States handled the immigration process but we also get insight into how many countries took in refugees.

Here are a few more stories about the refugee experience:
The Displaced: Refugee Writers on Refugee lives by Viet Thanh Nguyen

They Called Us the Enemy by George Takei